Anderson Santiago, PLLC is a civil litigation law firm that focuses on fighting abusive debt collection tactics, often at no cost to our clients. We have extensive experience in court and on appeal, and take cases both big and small.

Some problems are too large to fix on our own. It can be hard to ask for help, and the thought of hiring a lawyer can be intimidating. It shouldn’t be.

When you need someone to fight for you, Anderson Santiago, PLLC is here to level the playing field. Our consultations are typically free. In some situations, we can take cases on a contingency fee arrangement (no cost to you unless we win).

I hired them to fix my roof, but when it started leaking again, I got a ladder and saw that they only stapled some plastic to my roof. Now my floors are ruined and I smell mold. Can I get my money back? Will my insurance cover this? What if someone got hurt because of this?

We run a small business and had to let someone go because he couldn’t show up to work on time. Now he filed a lawsuit against us, and we’re even losing business because of the lies he is spreading online about our company. How can he sue us? Can we sue him back? What are my rights?

DEBT COLLECTION ABUSE. Anderson Santiago, PLLC is known for its work in defending individuals from abusive debt collection practices. Debt collectors are bound by many state and federal laws, and can be subject to monetary penalties for breaking these laws.
CONSUMER PROTECTION. If you pay money for something and end up hurt or not getting what you paid for (a defective product, a contractor who puts a lien on your home, etc.), we may be able to help. If you are losing a home to foreclosure or have other financial troubles that become legal troubles, we may be able to help.
CIVIL LITIGATION. We are comfortable in the courtroom and handle a variety of lawsuits, both large and small, for businesses and for individuals.
APPEALS. We come from a track record of published victories in state and federal court.
MEDIATION. We provide mediation services and represent clients in all stages of mediation or other alternative dispute resolution (ADR) proceedings.

My experience with Anderson Santiago was nothing short of excellent. I felt like Jason really got to know me as a person and took a genuine interest in my case. It was refreshing to be treated with such respect. Jason was responsive to all my questions and took the time to explain things, reassure me, and keep me informed along the way. The level of service I received was extraordinary, and I would highly recommend Anderson Santiago to anyone in need of legal services.

I recently hired Jason Anderson to help me resolve a situation at my workplace. Jason was able to take the case on a contingency basis and he ALWAYS worked tirelessly and had my best interests in mind. He never made any hasty decisions and kept me informed on every step taken in the case. Jason is highly dedicated to helping his clients and making sure they get the best outcome possible. He exceeded my expectations and I’d recommend him to friends and family and will use him for any future cases I may have.

Jason is one of those rare individuals who possesses that special energy that makes a person want to connect with and work with them. He has been handling my case not only professionally and punctually, but also in a manner that allows me to comprehend what would otherwise be abstruse processes and complexities’ he is a great communicator. The experience that he has thus far created is one of transparency and sincerity that belies his rich legal acumen, a feature that has made me feel more like a partner than just another client. I would highly recommend Jason to others and would retain him again for future legal matters.

Jason represented us in a Real Estate litigation case (finalized in Jan 2015). The outcome is not really why we write this review (even though the end result turned out better than we expected). It is hard to find an attorney so totally devoted to his client’s best interests and who would go the extra mile, even without charges, to ensure the best outcome for his clients. He’s very dedicated, understanding, ethical, professional and definitely a subject matter expert when it comes to law. A client’s concerns and expectations are always his first priority, unlike other attorneys who would care more about fees/charges than the actual case itself. We really appreciate Jason’s assistance in our case and we are very grateful for having him representing us. After working with Jason, we surely changed the way we think about lawyers. He’s definitely on the ‘right’ side of the bench. Thanks Jason!

Regrettably, our family has needed representation for an ongoing legal issue. While the situation that brought us to to this point was extremely unpleasant, Mr. Anderson’s attitude and energy was amazing. Instead of focusing on roadblocks, he encouraged us by constantly thinking outside the box to come up with new ideas and strategies, and offering us the peace of mind in the forward momentum of our cause. He was able to explain very technically confusing aspects of law with ease and kept us up to date in a timely manner. Also, it was amazing to watch Jason with my teenaged children, who were both shy and disillusioned with the situation. He quickly was able to build a rapport with each of them and gain their trust. We were blessed to work with Jason and extremely happy with his work and the outcome of our case. We highly recommend him! 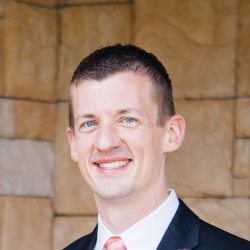 Jason Anderson has spent the better part of a decade representing creditors and debt buyers in both state and federal court. There, he learned the ins and outs of the industry and saw firsthand how it preys on vulnerable consumers – especially consumers without legal representation.

Jason Anderson made a 180-degree pivot in his practice. He founded Anderson Santiago, PLLC to restore balance in the system and provide access to justice for consumers and anyone else who has been exploited or treated unfairly. Jason now represents consumers in disputes with debt collectors, and also uses his considerable experience to seek fair and just resolutions for clients in other areas, including employment law, personal injuries, and foreclosure defense.

Prior to acquiring his experience in civil litigation, Jason (a native Seattleite) attended the University of Washington School of Law, worked for Justice Susan Owens at the Washington State Supreme Court, and spent a year as a law clerk for a King County Superior Court Judge. In his free time, Jason enjoys spending time with his family and exploring new restaurants, both near and far.

Tyler Santiago became a partner at the firm when he joined in 2015. Tyler met Jason when the two worked side-by-side at a national law firm. Their paths then diverged when Tyler pursued a career as a deputy prosecuting attorney, where he honed his craft in the courtroom as a trial attorney.

Although he enjoyed serving the public, Tyler transitioned back into private practice because he strongly believed in the mission of Anderson Santiago, PLLC and that he could make a difference in the lives of his clients. He graduated with honors from both Seattle University (School of Law) and University of Alaska Anchorage, all while working full time.

Prior to attending law school, Tyler worked as a victim witness coordinator for the District Attorney in Anchorage, Alaska, where he found his calling in the law. It is there that he learned to wear the white hat, as his mentor used to say. Tyler applies his mentor’s teachings to his practice every day.

In his free time, Tyler enjoys spending time with his wife and four children, exploring all that Washington has to offer. Tyler attributes his motivation and success to his family, who inspire him daily.

Get a free case evaluation today!

We are here to help!

Past results are not a guarantee of future results. No lawyer can guarantee any particular outcome. The information available at this website or at any link contained herein is for informational purposes only. It is not legal advice, and you should not act upon it without seeking professional legal counsel. Anderson Santiago, PLLC recommends that you set up a consultation if you have a legal issue or any type of problem that you would like to solve. Any email or telephone contact does not establish an attorney-client relationship until we can check for potential conflicts of interest and mutually agree to representation. This website was not tested on animals and contains no artificial growth hormones. Objects in rearview mirror may be larger than they appear.